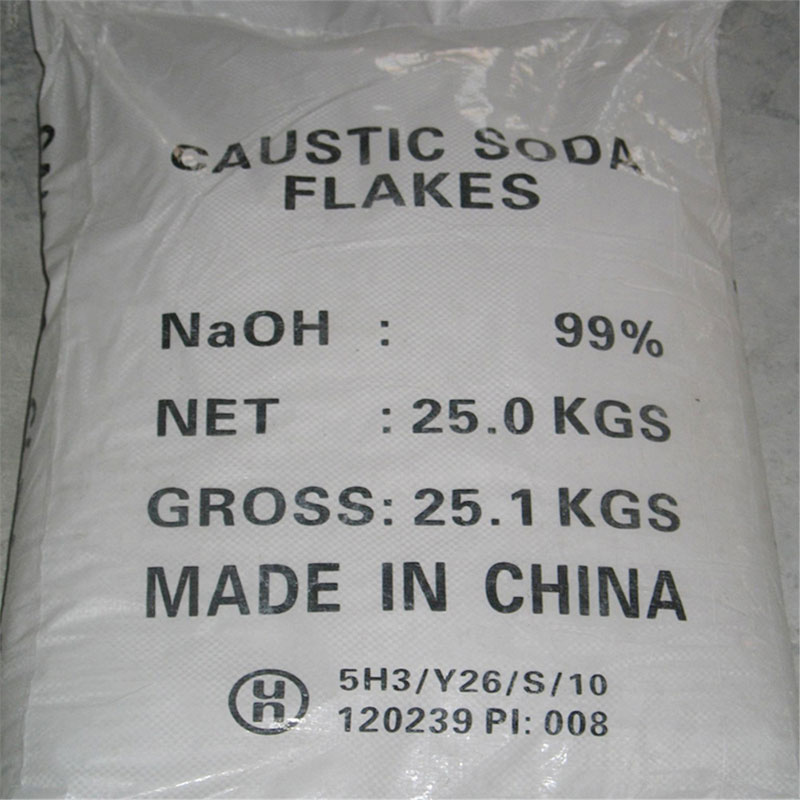 Sodium hydroxide, also known as lye and caustic soda,[1][2] is an inorganic compound with the formula NaOH. It is a white solid ionic compound consisting of sodium cations Na+,and hydroxide anions OH−.

Sodium hydroxide is a highly caustic base and alkali that decomposes proteins at ordinary ambient temperatures and may cause severe chemical burns. It is highly soluble in water, and readily absorbs moisture and carbon dioxide from the air. It forms a series of hydrates NaOH·nH2O.The monohydrate NaOH·H2O crystallizes from water solutions between 12.3 and 61.8 °C. The commercially available "sodium hydroxide" is often this monohydrate, and published data may refer to it instead of the anhydrous compound. As one of the simplest hydroxides, it is frequently utilized alongside neutral water and acidic hydrochloric acid to demonstrate the pH scale to chemistry students.

Sodium hydroxide is used in many industries: in the manufacture of pulp and paper, textiles, drinking water, soaps and detergents, and as a drain cleaner. Worldwide production in 2004 was approximately 60 million tonnes, while demand was 51 million tonnes.

Sodium hydroxide is  widely used in pulping of wood for making paper or regenerated fibers.

Sodium hydroxide is frequently used in the process of decomposing roadkill dumped in landfills by animal disposal contractors.

Sodium hydroxide is traditionally used in soap making (cold process soap, saponification).[38] It was made in the nineteenth century for a hard surface rather than liquid product because it was easier to store and transport.

For the manufacture of biodiesel, sodium hydroxide is used as a catalyst for the transesterification of methanol and triglycerides. This only works with anhydrous sodium hydroxide, because combined with water the fat would turn into soap, which would be tainted with methanol. NaOH is used more often than potassium hydroxide because it is cheaper and a smaller quantity is needed.

Sodium hydroxide is often stored in bottles for small-scale laboratory use, within intermediate bulk containers (medium volume containers) for cargo handling and transport, or within large stationary storage tanks with volumes up to 100,000 gallons for manufacturing or waste water plants with extensive NaOH use. Common materials that are compatible with sodium hydroxide and often utilized for NaOH storage include: polyethylene (HDPE, usual, XLPE, less common), carbon steel, polyvinyl chloride (PVC), stainless steel, and fiberglass reinforced plastic (FRP, with a resistant liner).