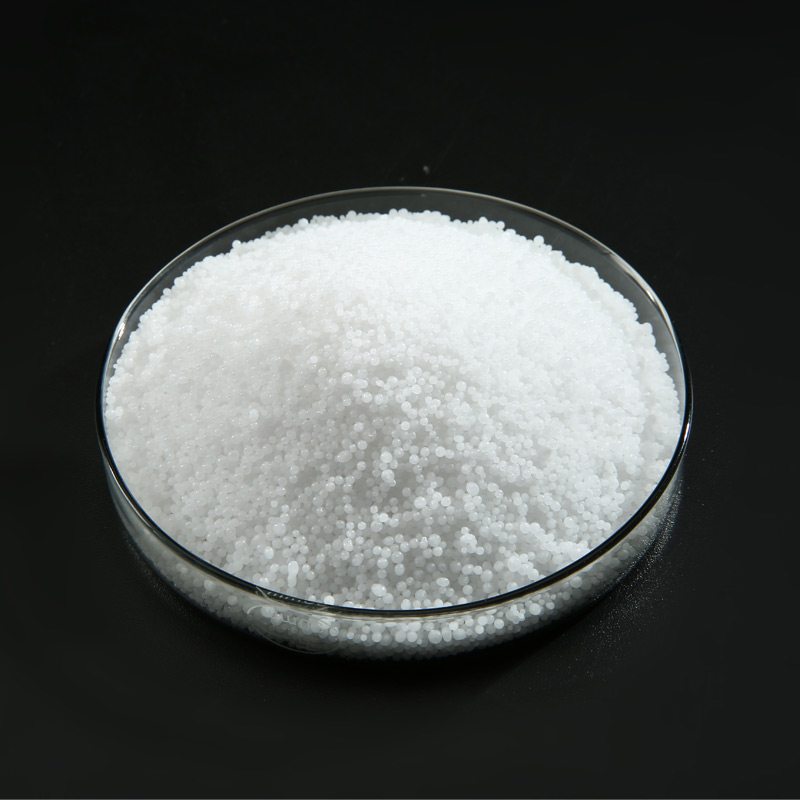 Pure sodium hydroxide is a colorless crystalline solid that melts at 318 °C (604 °F) without decomposition, and with a boiling point of 1,388 °C (2,530 °F). It is highly soluble in water, with a lower solubility in polar solvents such as ethanol and methanol.NaOH is insoluble in ether and other non-polar solvents.

Similar to the hydration of sulfuric acid, dissolution of solid sodium hydroxide in water is a highly exothermic reaction where a large amount of heat is liberated, posing a threat to safety through the possibility of splashing. The resulting solution is usually colorless and odorless. As with other alkaline solutions, it feels slippery with skin contact due to the process of saponification that occurs between NaOH and natural skin oils.

Sodium hydroxide is used in the manufacture of sodium salts and detergents, pH regulation, and organic synthesis.

Sodium hydroxide is used in many scenarios where it is desirable to increase the alkalinity of a mixture, or to neutralize acids.

In the petroleum industry, sodium hydroxide is used as an additive in drilling mud.

Sodium hydroxide is used with hydrochloric acid to balance pH.

Poor quality crude oil can be treated with sodium hydroxide to remove sulfurous impurities in a process known as caustic washing.

Sodium hydroxide is also widely used in pulping of wood for making paper or regenerated fibers.

sodium hydroxide is used For the manufacture of biodiesel,  as a catalyst for the transesterification of methanol and triglycerides.

Sodium hydroxide is frequently used as an industrial cleaning agent where it is often called "caustic". It is added to water, heated, and then used to clean process equipment, storage tanks, etc. It can dissolve grease, oils, fats and protein-based deposits. It is also used for cleaning waste discharge pipes under sinks and drains in domestic properties. Surfactants can be added to the sodium hydroxide solution in order to stabilize dissolved substances and thus prevent redeposition. A sodium hydroxide soak solution is used as a powerful degreaser on stainless steel and glass bakeware. It is also a common ingredient in oven cleaners.

sodium hydroxide is used to Water treatment.Sodium hydroxide is sometimes used during water purification to raise the pH of water supplies. Increased pH makes the water less corrosive to plumbing and reduces the amount of lead, copper and other toxic metals that can dissolve into drinking water.

Sodium hydroxide is often stored in bottles for small-scale laboratory use, within intermediate bulk containers (medium volume containers) for cargo handling and transport, or within large stationary storage tanks with volumes up to 100,000 gallons for manufacturing or waste water plants with extensive NaOH use. Common materials that are compatible with sodium hydroxide and often utilized for NaOH storage include: polyethylene (HDPE, usual, XLPE, less common), carbon steel, polyvinyl chloride (PVC), stainless steel, and fiberglass reinforced plastic (FRP, with a resistant liner).[16]

We work in this field for about 11 years, and the annual output of sulfuric acid is about 1000,000 tons.

2.Quick and professional Delivery of chemicals