Where Can I Use Hydrogen peroxide in My Daily Life?

It's hard to forget the blistering and stinging when mom pours hydrogen peroxide on your scraped knee. Maybe you swore you'd never do that to your kids, so you ignored that bottle of liquid in the store. But hydrogen peroxide has many uses - besides pouring it on a scrape or cut. XINLONGWEI explains why it's helpful to keep it handy.

What is hydrogen peroxide?

Hydrogen peroxide is water (H2O) with extra oxygen molecules (H2O2). It has a strong oxidizing effect, and this oxidation kills bacteria and bleaches the color of porous surfaces such as fabrics. 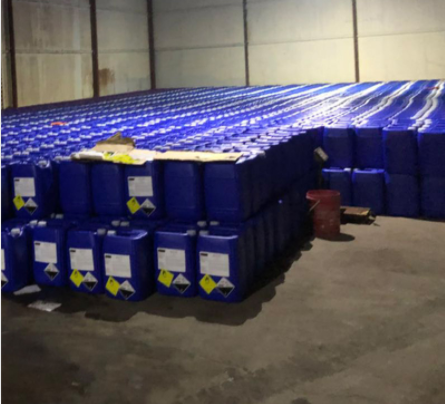 Because studies have found it can irritate the skin. It may prevent the wound from healing and do more harm than good.

So what do you use on a scratch or a cut? All you need to do is wash it well with soap and plenty of clean water, and when you're done, dry it with a clean towel. Then apply antibiotic ointment and bandage. If the cut and wound is large, bleeds excessively, or has debris in it, seek medical attention.

The usage of hydrogen peroxide

Peroxide has a strong bleaching ability, making it an effective stain remover. But don't use it on colored items. And always test on hidden areas first.

You can use it to remove clothing stains by soaking white clothes in a bucket of water mixed with 1 cup of peroxide for 30 minutes. You can also add peroxide directly to the bleach compartment of your washing machine.

Move peroxide from the medicine cabinet to the cleaning cabinet. It is a great alternative to bleach and will not leave your house smelling like a swimming pool.

Use peroxide in a well-ventilated area and wear gloves. If you inhale it, you risk toxicity and it can irritate your skin and eyes. Peroxide can kill bacteria, fungi and viruses.

Peroxide is not a skin care product, but you can use it to.

Mouthwash: Rinse your mouth with diluted peroxide to kill bacteria in your mouth, or buy a mouthwash that contains peroxide. Do not swallow it! If you notice mouth irritation, stop using it.

Tooth whitening: Peroxide is an ingredient in many tooth whiteners and it can cause tooth sensitivity. Consult your dentist before using a whitening product.

Looking for an inexpensive and effective way to remove bacteria and pesticides from your fruits and vegetables? Peroxide can get the job done.

Fill a large bowl or clean sink with water, then add a quarter cup of peroxide. Wash produce in the water and peroxide mixture, rinse thoroughly with water and dry. Cleaning your produce with peroxide will extend its shelf life.

Hydrogen peroxide is a chemical. It can cause serious side effects if ingested. Keep it in a locked cabinet out of the reach of children and pets.

Before using peroxide, check the expiration date. Over time, excess oxygen will break down. You should keep peroxide in its original brown bottle so that it is not exposed to light.

Contact us to get our hydrogen peroxide. We'd love to serve you.

Where Does Formic Acid Come From And What Are Its Properties?